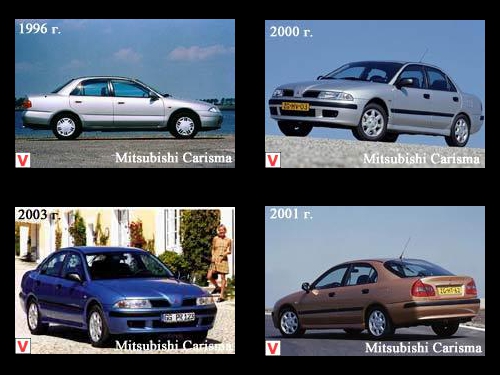 The first Carisma show took place in 1995. The car took an intermediate link in the Mitsubishi model range between the Lancer and Galant. Produced at the Dutch factory NedCar in the city of Born. There were two options for the body - a sedan and a five-door hatchback. Trim materials are inexpensive, but the build quality was excellent. The driver's seat is comfortable, all controls are logical. It is quite comfortable to stay in the back seat.

The main driving force was a 1.6-liter gasoline engine with a distributed fuel injection capacity of 99 hp. The first-generation Mitsubishi Carisma is a completely reliable and well-balanced car. In 1997, Carisma received an "environmentally friendly" 1.8 GDI engine with 125 hp. In 1999, the company restyled the model.

Innovations mainly affected appearance. Changed hood, bumpers, headlights, grille and instrument panel. Bumpers received black plastic lining, the front lost its past puffiness, became more “sharp” due to the changed shape of the air intakes. The hood has acquired a tapering front stamping, forming a kind of "beak" that divides the grille edged with chrome in two and comes to the bumper. Fully changed lighting.

The front direction indicators rounded sharp corners, and side repeaters changed color from orange to white. The taillights have become monotonous-red, for the strips of white "glass" embedded in them are hiding lamp-direction indicators. On the modification of the GDI installed new 7-spoke alloy wheels. The characteristic protrusion on the trunk lid simulates a rear spoiler. The hatchback has increased the glass area of ​​the fifth door.

In general, Carisma has gained a more rapid and sporty appearance. The renovated interior with a powerful central console and a new instrument panel with an LCD information display began to look much more solid. The second generation Carisma was supplied to the European market in four versions - Classic, Comfort, Sport and Elegance (these names changed the previous GL, GLX and GLS indices). The most expensive version - Elegance, different light alloy wheels, body-colored door handles and exterior mirror housings, wooden inserts on the front panel and steering wheel, air conditioning with climate control. In addition to the front, side airbags are also installed.

Changed suspension settings to provide better driving stability and comfort. Torpedo has retained its style: a distinctive visor over the instrument cluster, the prominent center console looks solid, thanks to a clearer three-dimensional division. The former narrow display of the clock gave way to a wide multifunctional LCD screen, which displays information about time, temperature overboard and the operation of an RDS-equipped audio system. 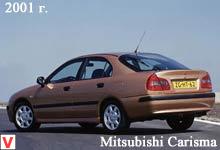 The deflectors of the air supply to the salon remained below, and the control panel previously located under the aero-climatic unit with original keys and display gave way to a radio and a standard set of rotating arms that control the air flow in the cabin. Serial equipment offered two frontal airbags, belt tensioners, air conditioning, radio, wheels R15, disc brakes on both axles. The lineup of power units was added to the 1.9 liter turbo diesel with a power of 90 hp.

Two transmission options are offered - a five-speed manual and an adaptive INVECS-II automatic with the possibility of manual shifting. Changes in the chassis consist in widening the front wheel track and increasing the diameter of the front brake discs. In 2002, an economical 1.3-liter engine with an output of 82 hp appeared in the range of power units. Carisma 2003 release is a new step in the evolution of this model. The new style of the front part made the car more elegant and modern. Carisma of this model year is distinguished by darkened front lighting with transparent lenses and modified bumpers. The color of the Mitsubishi logo has changed from red to white.

The interior has been finished to a high level: the ergonomics of the controls and the quality of finishing materials are very good, moderately hard seats distribute the load perfectly. To order, you can put the adaptive automatic gearbox INVECS II, adapting to the style of driving. The success of Carisma can be explained by the excellent combination of price and quality. 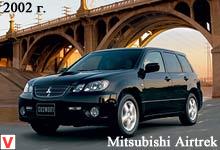 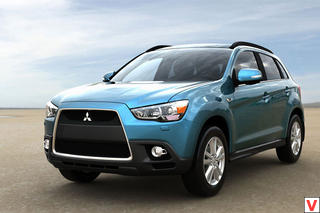