The debut of the subcompact Pajero Mini took place in 1994. Before its production, marketers of the company, having studied the consumer needs of young people, came to the conclusion that among the new generation of Japanese there are many adherents of “all-wheel drive”, who, nevertheless, cannot get a full-size Mitsubishi SUV. For such, and is designed Pajero Mini.

Given the huge popularity of the older relative, Pajero Mini decided to give it an appearance. However, apart from the appearance of these cars there is not one common detail. The Pajero Mini is not a reduced copy or simply a shortened Pajero, but a completely original model. Its wheelbase was 220 cm. Two types of turbo engine with a displacement of 659 cm ³ were installed on the car, both four-cylinder, 52 and 64 hp in size.

One 4-valve OHC, and another 5-valve DOHC. Permanent drive to the rear wheels, plus the ability to connect all-wheel drive. For service options Pajero Mini is not inferior to serious jeeps. Here, the front independent spring suspension (behind, like the Pajero, one-piece bridge), 4-channel ABC, power steering, driver's airbag, power windows, central locking, high-end audio system and much more.

In January 1996, the rear wheel drive version of the Pajero Mini was released. With its miniature size, the car retained all the charm, scope and level of the off-road class representatives. Pajero Mini has an all-metal body of the composite structure, which includes the frame and frame stiffness. In October 1998, in connection with the introduction of new standards for small cars, a complete model change was made, and the second generation Pajero Mini was introduced to the world. The appearance has not changed much.

The new Mini has become 10 cm longer (near the central door pillar) and 8 cm wider than its predecessor, despite the fact that the door panels “migrated” to the restyled version without any changes. The engines are the same as before. The improved model, like the previous one, gives a feeling of security. Thanks to the increased wheelbase, the interior space has become more spacious. In addition, the car became even better to feel and hold the road. The Pajero Mini uses 2 types of in-line 4-cylinder engines: 16-valve SOHC and 20-valve DOHC with intercooler and turbocharging.

At first, the Pajero Mini was produced only in the all-wheel drive version (Easy Select 4WD), and a bit later the rear wheel drive was added to it. If we talk about the suspension, then in front it is represented by racks, and behind it is a multi-link 5-link. Also available modification Duke, which at the expense of four round headlights and the original design of the front end has a sporty image. In 2005, Mitsubishi introduced the slightly upgraded Pajero Mini.

The new model of this compact SUV is equipped with a modified front grille and a new rear bumper, with headlights repeaters located on it. And designers have changed the look of the cabin, and now it features new seats with soft upholstery and the presence of silver inserts. In addition, there are two new equipment Mitsubishi Pajero Mini. The first is Active Field Edition, which is distinguished by its exclusive design and navigation system on the hard disk (HDD). 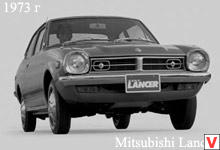