During World War II, commissioned by the United States Air Force, Wyllis Motor Co. invented the first off-road vehicle, called the CJ. Years later, the civilian version called the Jeep Wrangler with the YJ index replaced the CJ series. The debut of this car took place at the Geneva Motor Show in 1986. It can be absolutely rightly considered the ancestor of the era of off-road vehicles.

The first durable and efficient vehicle to overcome road obstacles and conquer untrodden paths. The new model largely inherited the family features of its glorious ancestor, but the headlights became square. The car has a frame structure of the body, dependent spring suspension of all wheels and a transfer case Command-Trac. The suspension design is quite reliable, but outdated, so it adversely affected the handling and comfort of the car. It was possible to eliminate these shortcomings only on the next generation. The car is equipped with a rigid removable top, which allows for a short time to turn the Wrangler YJ into a convertible. 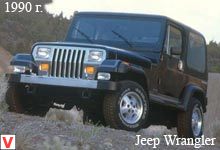 In addition, on order, it was possible to purchase a lightweight awning made of leatherette. The salon is quite austere. On the dashboard only the necessary minimum of instruments. The back seat is cramped, two passengers can hardly fit there. As a driving force on the Wrangler YJ installed exclusively gasoline engines: 4-cylinder 2.5 liter.

(121 hp), 6-cylinder 4.0 liters. (184 hp), which was replaced in 1990, a 6-cylinder engine of 4.2 liters. With any of these engines installed 5-speed manual or 3-speed automatic transmission. At the end of 1996, the second generation of the Jeep Wrangler SUV appeared under the TJ index. In general, the design concept of the model has not changed, and the headlights have become round again, as on the Wrangler progenitors - CJ jeeps. The main technical novelty of the Wrangler TJ was the lever-spring suspension of all wheels, thanks to which the controllability was noticeably improved, and the comfort of the car increased. 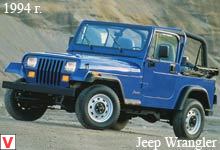 The Command-Trac system allowed the four-wheel drive to be turned on while the vehicle was moving and could organically adapt to any off-road. With it, the driver can quickly shift the transmission to all-wheel drive mode (in the upper range of gears). To overcome the most difficult terrain at low speed, Command-Trac has a reduced range of gear. Markedly improved in the second generation exterior and salon design Wrangler. The interior has been changed almost completely.

Designers gave the car a real dashboard with embossed highlighted functional blocks. Steering and control levers are also significantly changed. The side rollers of the front anatomical seats provide reliable fixation of the driver and passenger when the vehicle is tilted. The rear seat of the Jeep Wrangler TJ can be folded or completely dismantled, which significantly improves the functionality of the use of the cabin. The line of power units consists of gasoline engines of the Power Tech series: 6-cylinder with a volume of 4.0 liters. 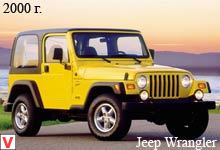 190 hp (130 kW), as well as 4-cylinder 2.5 liters. 125 hp (87 kW). Both engines have high torque at low revs, which is an advantage when driving on off-road vehicles. Engines Jeep Wrangler TJ are notable for smooth operation, low noise and good economy.

The original design of the phaeton-type open body with a powerful safety cage, lightweight doors without lifting windows (on SE and X versions), an easily removable cloth or plastic top in combination with a powerful spar frame and a dependent spring suspension from the front and rear give the Wrangler unique properties as an active vehicle. recreation. In the USA, an extended version of the Wrangler Unlimited with a 254 mm longer wheelbase and body (+381 mm) is offered in the USA since 2003, which is more comfortable, especially for rear passengers who have more space in the leg area, as well as with an increased luggage compartment .

The basic equipment Unlimited includes rear Tru-Lok limited slip differential. Since 2002, a modification Rubicon has been proposed, designed to pass the most difficult tracks that were previously available only for specially modified cars. The model name was given by the most difficult off-road circuit in America - Rubicon Trail. The car has a unique exterior design. His body can be painted in Inca Gold or in one of nine other exterior colors of the Wrangler. On both sides of the hood flaunts a 22-inch emblem "Rubicon". From the sides to the body, bolts fasten powerful glittering steps that protect the thresholds from damage when driving off-road.

The model was equipped with locking front and rear differentials, driving axles and transfer case with 4: 1 reduction ratio gear ratio to meet the demands of the most demanding off-road lovers. The Wrangler Rubicon has 31-inch Goodyear tires with a pronounced tread pattern, which noticeably improves the car’s grip on the road surface. These newer off-road tires have three-layer sidewalls and are manufactured using advanced technology using silicon compounds, which provides them with excellent durability and puncture resistance.

The standard Wrangler Rubicon are self-cleaning disc brakes on all four wheels, which on the road provide an improved “brake feel”, a shorter stopping distance and reduced brake pad wear. C 2005 model year, and offers an extended off-road version of the Wrangler Unlimited Rubicon. Thus, the total number of Wrangler versions in the US market for 2006 has reached six - these are SE, X, Sport, Rubicon, Unlimited and Unlimited Rubicon. At the North American International Auto Show 2006 in Detroit, Jeep presented a brand new Wrangler 2007 model year. This is the third generation in a row received the intra-plant index JK.

The model will be available in three versions of off-road training: X, Sahara and Rubicon, and a huge list of personalization tools. In the spacious and robust cabin there is a new instrument panel and new front bucket seats with high backs. Inner space and cargo compartment are greatly increased. The designers completely abandoned the soft awning and the plastic roof, equipping the car body with removable panels, but retaining the windshield that swings forward and the removable doors. 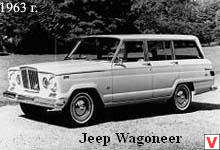 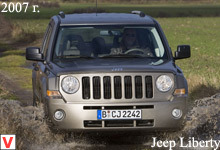 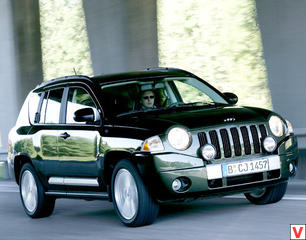 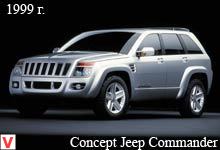 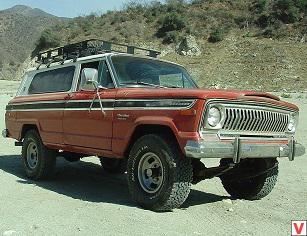