Rolls-Royce Ghost is the rare case when a production model actually completely repeats the 200EX concept shown earlier. According to the company, the designers tried to move away from the canonical moments of the brand. The result was a classic Rolls-Royce with traditional silence and luxury in the cabin, umbrellas in the doors and a cooled box with a set of champagne glasses. At the same time, it became the most modern car of the brand, besides the most driving and most powerful. The word Ghost began to be associated with the Rolls-Royce brand in 1907.

More than a century ago, the Rolls-Royce Silver Ghost was introduced to the public, which became perhaps the most famous Rolls of the first half of the twentieth century and forever inscribed the brand name in the annals of the global automotive industry. His successor of the beginning of the twenty-first century lost “silver” in his name. Despite the fact that Ghost was built under the direct patronage of Bavarians from BMW, it, like any Rolls, is the quintessence of British car traditions. 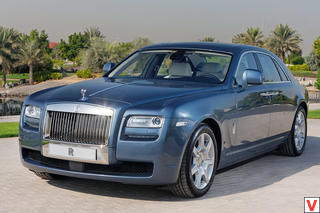 The sedan body is designed in classical proportions, simple and concise appearance - also a consequence of the exclusively British approach to design. The majestic silhouette, vertical body panels, a monumental chrome grille, huge wheels do not doubt that it is Rolls-Royce. The car is built on the platform of the BMW 7-series in the extended version. True, for the Ghost base stretched another 8.5 cm (up to 329.5 cm), and therefore the length of the sedan was an impressive 5.4 m.

The doors of the car hospitably swing open at 83 degrees. In this salon you can not sit down and go. Designers have provided for the rear door servo: just press the button and the door will shut itself. The interior harmoniously combines elements of high-tech and archaic.

On the one hand, Ghost inherited a number of the most progressive devices from the Bavarian “Seven”: cameras controlling the situation around the car; night vision and warning systems for leaving your own lane; active cruise control, capable, if necessary, to stop the car and then again accelerate it to a predetermined speed; automatic high beam control and even proprietary interface “iDrive”. Of course, the design of the joystick control is greatly changed, but the essence remains the same. Is that the menu appeared a special item "Spirit of Ecstasy", which manages the figure, crowning the grille. At the command of the computer "spirit" can hide in the bowels of the machine.

But, on the other hand, in the cabin a lot of original things from the past. For example, steering wheel of huge diameter with a very thin rim, slender steering-wheel transmission control lever, horizontal temperature adjustment washers. By modern standards, these are complete anachronisms, but the creators of the car consider that these things give Ghost a unique aura of luxury. Passengers are provided with many luxury items. The rear passenger has his own on-board electronics and multimedia filling control panel, and before his eyes is a huge monitor built into the back of the front seat and a folding table for work.

Even the readings of the navigation system can be displayed on the monitor. By the way, you can choose a solid sofa, as well as individual chairs with massage, heating and air conditioning. As an option, a mini-bar with lights, a compartment for champagne glasses and rugs made of natural sheep wool are offered. Taking the six-liter twin-turbocharged V12 from the BMW 760i, Rolls-Royce squandered it to 6.6 liters.

And the main goal was not to increase the power (although it also increased from 544 to 570 hp), but to improve the high-torque performance at low revs. Acceleration from zero to 100 km / h takes 4.9 seconds. The maximum speed limited by electronics is 250 km / h. The 8-step “automatic” with a drive on the steering column is configured in such a way that gear changes occur completely unnoticed by the riders. Combining traditional comfort and high dynamics allows an air suspension (in front - on wishbones, in the back - “multi-link”) with electronically controlled shock absorbers.

According to the developers, it is very sensitive and able to adjust its characteristics, for example, in the case of if the passenger is sitting on one side only. Ground clearance is adjustable within 25 millimeters. Contrast silver coloring of the hood and windshield frame is an option - you can order a monochromatic car. There are 12 colors to choose from: Adriatic Blue, Claret, Darkest Tungsten, Dark Indigo, Diamond Black, English White, Ensign Red, Jubilee Silver, Lunar Blue, Metropolitan Blue, New Sable, Sea Green. 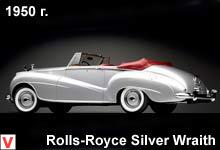 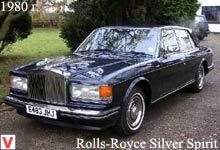 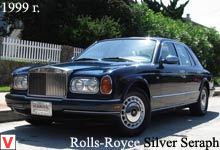 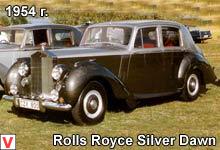 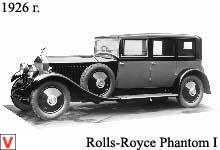 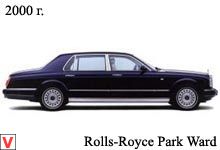