The Dacia 1304 is a pickup truck, which was first introduced by the Romanian automotive company Dacia in 1983. This model replaced the previously produced car Dacia 1302. The predecessor was commissioned in 1975.

It was a pickup truck with the ability to carry cargo weighing 500 kg and having a platform of 2.25 meters. The mechanical part was borrowed from the model 1300 with minor changes in the rear suspension. The new pickup 1304 was very popular and became a kind of breakthrough for the company in the pickup market. Its carrying capacity was 1,100 kg. During production, the Dacia 1304 pickup had many modifications. The car was built on the basis of a classic ladder-type frame and had an extended wheelbase of 2,441 mm. The length of the pickup was 4,240 mm, width - 1 636 mm, and height - 1 430 mm. 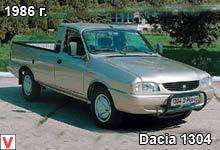 A four-cylinder 8-valve carburetor engine L4 with a volume of 1.4 liters, whose power was 54 hp, was longitudinally mounted under the hood of the Dacia 1304 car. at 5250 rpm. As for the transmission, there was used a 4-speed manual gearbox. Such equipment allowed the pickup to reach a maximum speed of 140 km / h. Note that the model had both rear-wheel drive and all-wheel drive (with a plug-in front axle) version. Pickup Dacia 1304 had a very reliable suspension. The front includes transverse levers, springs and transverse stabilizer.

The rear also had springs and a transverse stabilizer, and instead of transverse levers there was a continuous beam of the bridge. In 1990, on the basis of the Dacia 1304 pickup truck, the manufacturer presented a prototype called the “Jumbo”, which had a glazed plastic top similar to the one used in the Renault Express. However, the model “Jumbo” was never launched into mass production. In the early 1990s, the model 1304 was equipped with new both gasoline and diesel engines with a power output of 69 hp. up to 72 hp. 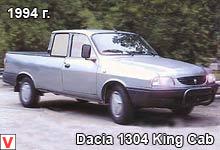 There was also a utilitarian version called “Drop Side”, which had a three-sided metal platform with a folding and sides. In 1994, the list of modifications of the model 1304 was supplemented by another one called “King Сab”, which had an elongated cabin with a landing formula of 2 + 2. Its release lasted until 2003. During this time, 4,063 copies were collected. There was also a 4-door version called the “Double Cab”. It is worth noting that in the period from 1994 to 2006, on the basis of the Dacia 1304 pickup, a van called the Dacia 1305 with a plastic top was manufactured. 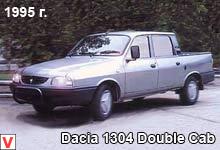 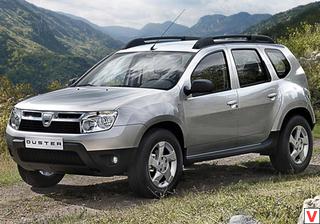 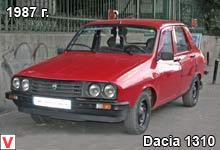