Toyota iQ is a compact city car. In the design of iQ, a number of innovative engineering and layout solutions have been implemented, which made it possible to combine high-class equipment, excellent driving performance and a high level of safety in one car. For the first time the concept version of the car was presented in September 2007 at the Frankfurt Motor Show. The serial version has been released since 2009. The name iQ, i comes from individuality (individuality), innovation (innovation) and intelligence (intelligence), in Q there is a meaning of quality (quality), cubic (cubic), cue (a signal to change your style). In the US, the car is sold under the brand name Scion.

Toyota iQ has a compact body with a length of 2985 mm and a width of 1680 mm. The turning radius of the car is only 7.8 meters. To maximize the internal space, all four wheels of the iQ model were maximally displaced in the direction of the corners of the body. 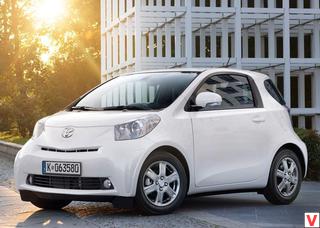 The almost complete lack of overhangs and the concentration of the mass of the vehicle within the short wheelbase increase its handling. Appearance successfully complement the 16-inch alloy wheels. Salon iQ, having everything you need to ensure comfort, fit within a 2000 mm wheelbase. The distance between the centers of the front seats is 710 mm. Only three adults can comfortably sit in the cabin, the fourth place after the driver is more suitable for the child.

The seats in the iQ are quite comfortable and can be upholstered in both fabric and partly leather. The backs of both rear seats can be folded down, forming a luggage compartment of 238 liters. When the rear seatbacks are raised, the luggage compartment volume is 32 liters. Under the rear seats there is also a special storage niche. On the Russian market, the Toyota iQ comes with a 1.3-liter engine with a power of 98 hp, working in tandem with a stepless variator. 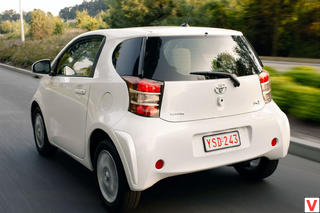 The engine is equipped with a unique Stop & Start system, which is responsible for saving gasoline in a larger city, when traffic is often interrupted by standing in traffic jams and stops. Thanks to this system, the consumption of petrol in city streets will not exceed 5.1 liters per 100 kilometers. In the European market there are also versions with a 3-cylinder 68-horsepower engine of 996 cm³ and with a 1.4-liter diesel engine (90 hp). The average fuel consumption is 4.9 liters per 100 kilometers. But iQ is not only an economical machine, but also environmentally friendly - it ejects only 99 g / km of CO2 into the atmosphere. The size of the fuel tank is 32 liters.

By the way, the tank is another innovative solution in the Toyota iQ. Toyota iQ meets the highest requirements for vehicle safety. The car was created on the basis of a fundamentally new platform, characterized by high rigidity and having a powerful safety cage, which provides the absorption of energy of high intensity shocks.

The iQ is equipped with a wide range of active and passive safety features, including anti-lock braking system (ABS), electronic brake-force distribution (EBD), emergency brake assist (BA), anti-skidding (TRC) and VSC +. Mikrokar has nine airbags, including a "knee" airbag for the driver, an airbag "under the thigh" for the passenger in the front seat and the first in the history of the automotive industry, the curtain airbag for rear passengers. In the Russian market, the car is offered in the configuration "Prestige". 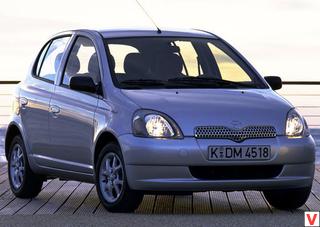 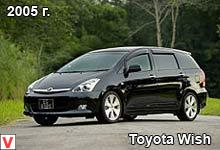 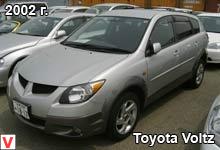 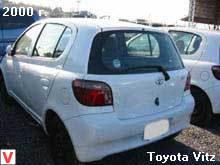 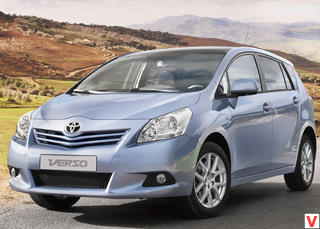 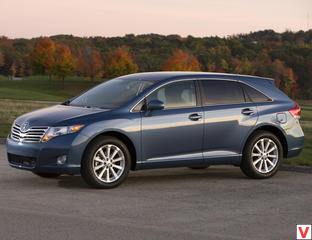 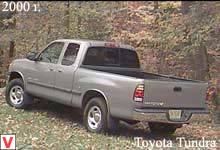 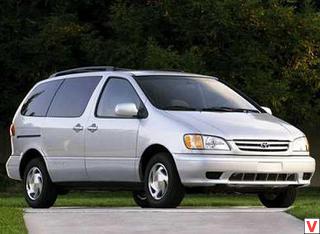 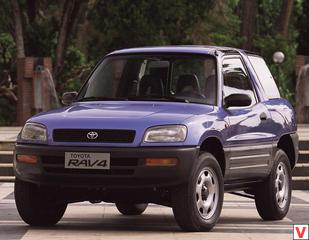