The Vortex Estina Sedan is the second life of the Chinese Chery A21 (Fora). In Russian "Estina" is translated as "hurricane" or "whirlwind." The issue was established in 2008 at the Taganrog Automobile Plant. Production goes on a full cycle (including welding and painting the body). Before starting the production made some technical improvements. The dimensions of the TagAZ Vortex Estina are 4552 mm in length, 1750 mm in width, 1483 mm in height, 124 mm in ground clearance and 2600 mm in the wheelbase.

The main visual characteristics of the body are a convex curvature of the roof, a sloping hood, a heavyweight trunk (with an average loading volume of 473 liters), large headlights of a simple almost triangular shape, a bright bright spot of a chrome-plated radiator grille. Straight lines prevail inside, details and panels are simple, the front console is traditional T-shaped, light colors dominate the decoration. The ergonomics of the driver's seat are at the level, the driver's seat with “elevator” height adjustment, the front panel is not overloaded with details. 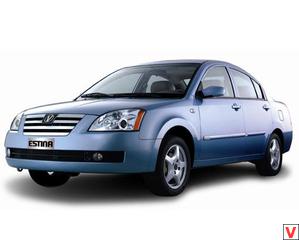 The first three are equipped with a 1.6-liter engine, the last - a 2.0-liter. The first two are equipped with two airbags, an on-board computer, an alarm system, electric windows and mirrors, power steering, an MP3 radio tape recorder, ABS and EBD, and disc brakes. MT2 and MT3 in addition are equipped with air conditioning, parking sensors and central locking, and MT4 - climate control system, fog lights, side airbags, leather-trimmed seats and electric driver's seat. 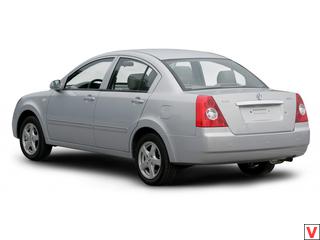 Sales of Vortex Estina grew steadily, which made the management of the manufacturing company seriously think about updating the model, which would contribute to an even greater increase in interest from potential buyers. In 2012, the world saw the updated version of Vortex Estina, which received the index FL-C. Updates have touched both the exterior and interior. Compared with the dorestaylingovoy version, Estina FL-C has changed significantly and began to look more modern and stylish.

In place of coarse angular lines, came much more complex and smooth turns and bends. The designers focused most of their attention on the front and rear parts of the car, leaving the doors and roof practically unchanged, only slightly trimming some details. The front first strikes a new three-dimensional bumper. In the lower part of the bumper there is an additional radiator false ceiling, on both sides of which round parking lights are embedded in the recesses. 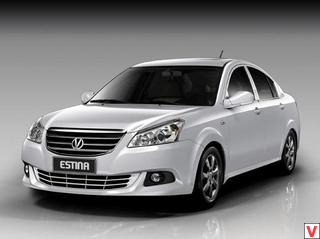 A large chrome grille of a new form, as well as pretty optics, appeared above the bumper. Complement the updated exterior of the front of the car embossed hood and surround the wings. The back of the novelty is also made in the new volumetric style. The designers decorated the bumper with an additional brake light located in the lower part of the central zone of the bumper. The trunk lid has become much smaller in size, but has gained a large comfortable chrome handle with a built-in license plate light.

The rear lights also transformed, getting rid of the outdated triangular shape and becoming much prettier and more informative. The car also received new sills, updated rear-view mirrors and a pretty roof antenna. Underwent major changes and interior sedan. The interior meets the redesigned front panel with a new center console, a different instrument panel and the steering wheel of a modified design. Some parameters that are responsible for equipment and safety have also been improved. Under the hood of the restyled model, a modern 1.5-liter power unit is installed, capable of developing a capacity of 109 horsepower. 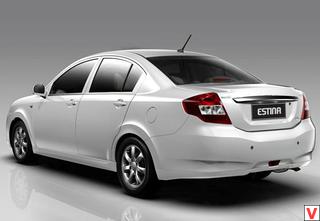 Cherry worked with the Austrian AVL to create it. Paired with the engine is a five-speed manual transmission.