The premiere of the original mid-size crossover Pontiac Aztek was held in 2000 in Detroit, and its release began in 2001 at the Mexican GM plant in Ramos-Arispa. The car was the first crossover GM, combines the qualities of an SUV and a minivan and positioned on the market as a vehicle for active recreation (SRV). In the first year, 27,322 cars were produced. Aztek is designed on the platform of the T240 Montana minivan.

5-door 5-seater station wagon-type body carrying with a reinforced base and has an extraordinary appearance (designer Wayne Cherry), which implies the uncompromising potential consumer; the manufacturer was guided by a young active car enthusiast who prefers outdoor recreation. The dimensions of the body 4625/1872/1694 mm with a base of 2751 mm and a track 1593/1621 mm provide space in a spacious transformer cabin, specially designed for tourism. The luggage compartment is from 1282 to 2648 liters. Curb weight, depending on the type of drive 1714-1834 kg. 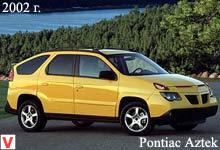 Clearance - 180 mm. Carried out in 2002, the facelift touched the bumpers, they got a more sporty look. The production was increased to 27,728 units, but the effect was short-lived: in the first half of 2003, only 15.5 thousand Aztecs were produced, which was a failure for the capacious North American market.

Nevertheless, in 2004, Aztek underwent another modernization. The car was equipped with an MP3 player, a DVD system with a 7-inch LCD display, XM satellite radio; alloy wheels R17 began to be installed on all versions; appeared orange body color. In the all-wheel drive version, the gear ratio of the main gearing was changed, and for the special version of the Rally, black and white trim began to be applied. The instrument panel is made in the American style and looks somewhat cumbersome. 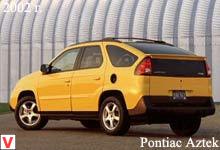 Washable upholstery allows you to carry luggage and sports equipment directly in the cabin. Especially for lovers of outdoor recreation, the dynamics of the audio system are made in the back of the trunk, which facilitates the holding of improvised discos. The OnStar satellite system is included in the basic equipment, as well as a full set of front and side airbags. The rear seat is collapsible, if necessary - easily dismantled.

In the trunk there are special anchors for mounting bulky things. A cooling box for cooling beverages and products with air circulation from the air conditioner is installed in the center console. Also for real fans to travel as an option was offered a travel package with a canopy on the back door, a tent and an air mat with swapping from an onboard compressor.

A transversely mounted V6 gasoline engine with a volume of 3.35 liters (188 hp / 5200 rpm, 284 Nm / 4000 rpm) from the Montana minivan is equipped with a 4-speed automatic transmission 4T65-E, which has an adaptive control function. The maximum speed of the car is 180 km / h. The transmission of the crossover includes front-wheel drive or permanent four-wheel drive. The all-wheel drive version is equipped with a full-time Versatrak transmission, which distributes torque between the wheels of the front and rear axles thanks to traction control.

Suspension is fully independent spring, provides a high level of comfort and good permeability. Front ventilated disc brakes, rear - both drum and disc brakes; active safety system requires the presence of ABS and dotormazhivatelya brake assist. The standard dimension of tires is 215 / 70R16 or 225 / 65R17; tires - with a universal tread pattern. In 2001, Pontiac Aztek received the highest marks for safety in a test for the possibility of a car coup, for the first time in the history of tests conducted by the US National Traffic Safety Authority. The car became the first SUV to receive four “stars” out of five possible.

Over the years of release, Aztek has repeatedly headed the rating of the ugliest cars in the world. Designed as a fusion of the advantages of an SUV and a minivan and sold under the slogan “It is quite possible, the most universal car on the planet,” Pontiac Aztek did not gain popularity among consumers and was discontinued in 2006 due to insignificant demand (output dropped to 10,648 cars). 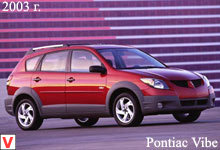 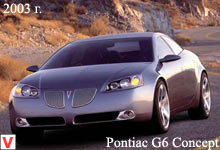 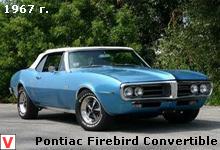 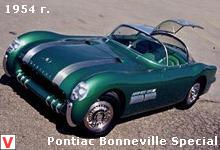