The launch of the full-size Plymouth Voyager minivan began in 1974. At the base of the car's design was the Chrysler AB platform. The Voyager could have two types of performance: the usual 4-door - SWB and the extended 6-door - Grand. He carried from 12 to 15 passengers, depending on the modification. This Voyager had a drive only on the rear wheels, in the future the car could be with both front and all-wheel drive.

These cars were Dodge Sportsman and Dodge Ram Wagon. Their production continued until 1983. In 1984, the next generation Voyager, which is considered the first, was released on the S platform. A similar van was the Dodge Caravan; in the same niche was presented the French Renault Espace. Chrysler minivans manufactured at the factory in Windsor (Ontario, Canada) managed to almost completely occupy this market segment in North America. In addition, in 1985, Car and Driver magazine Voyager was included in the list of ten best cars. 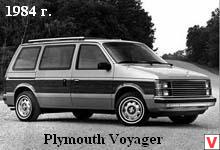 Voyager was offered with three levels of equipment: basic, medium SE, and the most expensive LE. The latter had a vinyl "under the tree" decor in the design of the body. The basic version was 5-seater, but it was possible to order a third row of seats; then the car, depending on the layout of the cabin became 7-or 8-seater. Since 1987, only 5- and 7-seater cars have remained in production. The upholstery was fabric or velor, on the LE version - leather. The dimensions of the base body were 4503/1829/1646 mm with a wheelbase of 2845 mm, in the Grand version, the next generation of which began to be produced since 1987, the figures were as follows: 4874/1829/1643 mm with a base of 3025 mm.

Installed on the car 4-cylinder gasoline engines: 2.5 liters (96 and 100 hp), 2.5 liters Turbo (142 hp), 2.6 liters Mitsubishi G54B, as well as 3 liters V6 Mitsubishi 6G72 (136 and 142 hp) and 3.3 liters V6 EGA (150 hp). The engines were aggregated with a 5-speed manual A525 or automatic transmissions: 3-speed TorqueFlite and 4-speed A604. The second generation Plymouth Voyager was produced from 1991 to 1995 on the platform of Chrysler AS. The other car name was Chrysler Voyager, and similar cars were Chrysler Town & Country and Dodge Caravan. Their production was located in St. Louis (Missouri) and Windsor (Ontario, Canada). 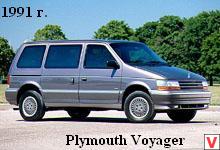 LX was only available in the short version and was positioned as a “luxury sport” version; it was distinguished by a light gray bumper, alloy wheels, fog lamps and powerful propulsion systems. From the corporate "twin" Dodge Caravan van Plymouth Voyager differed nameplates with the manufacturer's logo, lighting and a number of minor external parts. 2.5 l petrol engines K i4 (96 hp), 3 l Mitsubishi 6G72 V6 (141 hp), 3.3-liter EGA V6 (150 and 162 hp) and 3.8 l EGH V6 (162 hp) were located in front transversely. They were paired with a 5-speed manual transmission, 3AKPP TorqueFlite or 4AKPP Ultradrive. 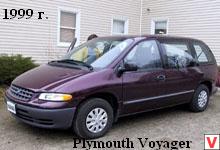 The safety of the Voyager was increased: from 1991, ABS was installed on the car, in 1992 a child seat attachment mechanism appeared, and in 1994 the second front airbag was installed. In 1996, the production of the third generation Plymouth Voyager began. At the base of the design was the Chrysler NS platform. Van was produced in both 3 and 4-door body (traditionally for North American automakers, the tailgate was not taken into account). The dimensions of the Voyager SWB are 4732/1951/1740 mm with a wheelbase of 2878 mm and a gauge of 1600/1626 mm, the length of the Grand is 5070 mm, and the base is 3030 mm. 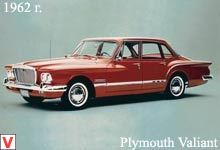 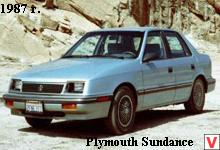 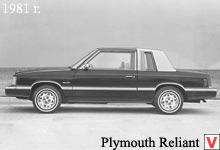 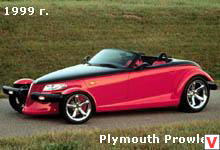 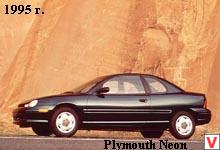 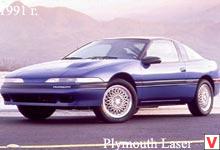 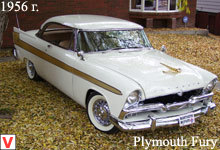 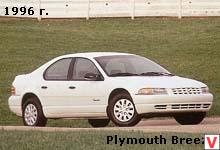