The appearance of the production version was preceded by the concept car Peugeot 308 RCZ, which was presented at the Frankfurt Motor Show in September 2007. The success of the model was so deafening that the need for its commercial production became apparent. Creating a production car was carried out as soon as possible.

His presentation took place as part of the 63rd Frankfurt Motor Show, just 2 years after the first presentation of the 308 RCZ concept. Worldwide sales of the Peugeot RCZ started in spring 2010. By the way, RCZ is the first passenger car of the brand, in the name of which there are no digits with one or two “0” in the center. Peugeot RCZ - an exclusive coupe (2 + 2), which not only attracts the eye, but also gives pleasure to drive. The car is distinguished by an expressive innovative appearance: a complex wave-like rear window, a wide grin of a false radiator grille, a lion on the rating plate that has grown in size. 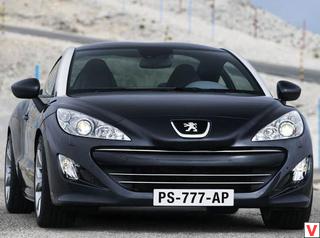 Smooth and at the same time "muscular" body contours are emphasized by two arcs of polished aluminum alloy, which give the side projection of the car nobility and dynamics. The “feline” look of the headlights along the hood is the Peugeot's business card. Graceful curved side body shape and bulging wings make the silhouette of the Peugeot RCZ compact and muscular. Each design element - rear ruby-colored LED lights, an unusual shape of a convex hood, two chromed tips of exhaust pipes - underlines the sporty image of the car. The Peugeot RCZ coupe is based on the Peugeot 308 hatchback, but 74 kg lighter (total 1297 kg), wider by 30 mm.

It has the same length (2610 mm) of the wheelbase, but in a track wider by 44 mm in the front and 63 mm in the rear. The lowered center of gravity and the increased track added to the car lateral stability, the coupe keeps trajectory well, regularly clinging to the cover with 18-inch tires. Magnificent aerodynamics of the car are created by its thoughtful proportions (the height of the car is only 1.36 m) and the verified lines of the two-sphere roof and rear window. 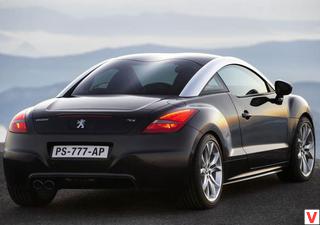 The aerodynamic qualities of the model are also enhanced by an active rear spoiler, the position of which may vary depending on the speed of movement in order to ensure the optimal combination of road stability and fuel consumption. Trim Peugeot RCZ recalls the interior design of racing cars, taking the driver and passengers into the world of super speeds and exciting experiences. Interior design is not satisfactory in ergonomics. The control panel does not interfere with a good view of the road. It can be finished with an innovative lining with an attractive smooth texture, or it can be individualized with high-quality smooth leather.

The watches and dashboard pointers with the carbon black background and decorative elements of extruded metal, as well as the chrome-plated inserts in the spokes of the steering wheel - details of a prestigious sports car attract attention. Salon Peugeot RCZ is not only elegant and modern equipment, but also a wide range of transformation. In the standard version, the luggage compartment volume is 384 liters (321 dm3 according to the VDA standard), if there are a lot of things, they can be placed by folding the backs of the back row seats and thus increasing the volume to 760 liters (639 dm3 according to the VDA standard). The car is offered with two engines. 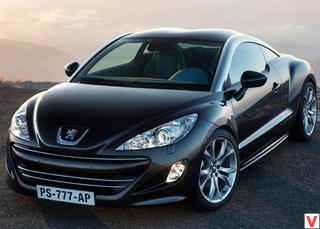 Each of them is a role model due to power, full compliance with Euro 5 standards, low fuel consumption and carbon dioxide emissions. One of them is a 1.6-liter turbo engine with a fuel capacity of 1.6 liters and an output of 156 hp. The second 4-cylinder engine of the same volume, but already 200 hp Both versions of the motor are aggregated with a 6-speed manual gearbox.

For an engine power of 156 hp can be equipped with automatic transmission. In Europe, it is also offered a modification with a 2-liter turbodiesel with a capacity of 163 hp, which has a modest fuel consumption of 5.5 liters per 100 km. To facilitate driving on steep roads, Hill Assist is included in each configuration, as well as ESP, which on all versions of the model with a manual gearbox is supplemented by a function for controlling the distribution of forces (the reworked ASR system, which automatically distributes power to the two front wheels depending on road conditions), dynamic stability control (DSC), braking force distribution system (EBFD) and emergency brake assist (EBA).

DSC, ASR and EBA systems can be disabled manually (ESP off function) so that the driver can fully enjoy all the features of the car. The Peugeot RCZ is built at the Magna Steyr factory in Graz, Austria. 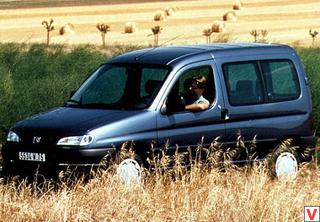 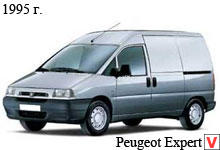 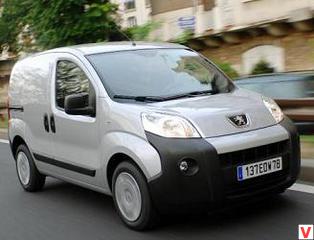 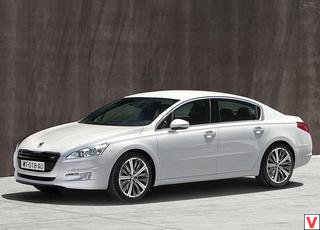 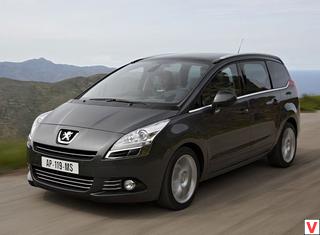