Presented in the summer of 2011, the Mini Coupe could not remain without an open version. She appeared under the name Roadster. The debut of the model took place in early 2012 at the Detroit Auto Show. Mini Roadster - the first in the history of the brand double car with an open top. Unlike the Mini Cabrio, the Roadster has become a bit more compact and has lost the back seat. Overall length is 3728 millimeters, width - 1638 millimeters, and height - 1390 millimeters.

Thus, the roadster turned out to be 3 millimeters shorter, 47 millimeters narrower and 25 millimeters lower than the Mini convertible. At the same time, the Roadster is 20 kg heavier than the Coupe, but as much as 45 kg lighter than the four-seater Mini Cabrio. The soft top Mini Roadster with a manual or semi-automatic mechanism opens and closes quickly and easily. The volume of the trunk in which the hatch for the transport of long-lengths is provided is equal to 240 liters. 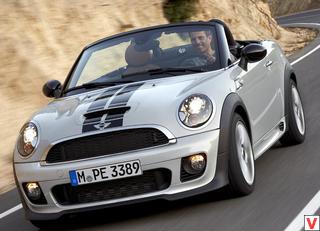 Almost double that of the Mini Cabrio. Moreover, the volume of usable space does not depend on whether the roof is raised or lowered. Roadster divided the range of modifications with a closed version: Cooper, Cooper S, Cooper SD and the most powerful JCW. Gasoline engine is actually one - 1.6-liter. In the atmospheric version of the Cooper Roadster, it gives out 122 hp, under the Cooper S nameplate there are already 184 pressurized “horses”, and John Cooper Works suggests using 211 forces. For the European market, a 2.0-liter turbodiesel with a capacity of 143 hp is also expected.

Depending on the modification, the engines are aggregated with a six-speed manual gearbox or with a six-speed automatic transmission. The basic version of the roadster can accelerate to "hundreds" in 9.2 seconds (maximum speed - 199 kilometers per hour), and the most powerful version prepared by the John Cooper Works studio will take 6.5 seconds (the maximum speed - 237 kilometers in hour). The Mini Roadster has a wide range of standard equipment, including air conditioning, speed-sensitive electric power steering, side mirrors with electric control, parking proximity alarm (PDC), adjustable height seats and an audio system with a CD player (supporting MP3) and AUX IN .

The aerodynamic balance of the Mini Roadster is optimized by an active rear spoiler. The car is going to the company's factory in Oxford. 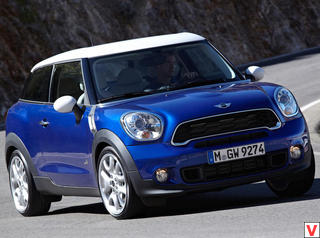 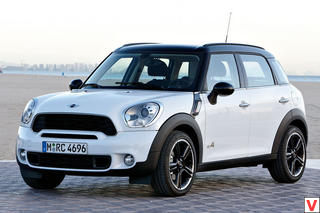 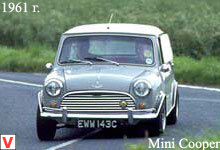