Luxgen 5 was first introduced in the spring of 2012 in its homeland in Taiwan. Russian car enthusiasts were able to get acquainted with this sedan in August 2012 at the traditional Moscow International Motor Show. It is noteworthy that for the Russian market Luxgen 5 is assembled at the Derways factory in the city of Cherkessk.

This has significantly reduced the price of the car for Russian consumers. It is worth noting the active participation in the creation of this car by many world-famous companies engaged in the supply of their products for the production of cars of famous auto giants. For example, the American company Altair created a platform for Taiwanese cars, its passive safety became the prerogative of the German Continental, Delphi assumed active safety. Compliance with international standards and regulations checked and controlled by the British company MIRA. The exterior design is made in full accordance with the current trends. Pointed head optics has a good internal design and boasts LEDs. 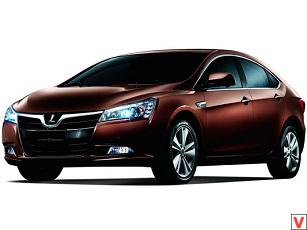 The radiator grille is massive and occupies a large area of ​​the front part, and the company's brand logo is decorated with horizontal chrome molding. On the bumper are located small rectangles of fog lights. The hood is decorated with a wavy stamping, the edges of which flow to the front fenders of the car. A striking detail of the body design on the sides is a sharply delineated rib, starting as an outline of the front wheel arch, crossing both doors at the level of the handles and ending at the rear pillar.

Other interesting moments of the profile include the design of the transition of the rear windows in the roof rack and the design of repeaters located on the front wings. On the back of the Luxgen 5 are stylish and original side lights with LEDs, a massive bumper with a diffuser in the lower part and a luggage compartment lid with a spoiler. There is also a rather wide chrome-plated jumper, which plays the role of a visual link between the lights of aft lighting. The appearance of the car turned out harmonious and holistic, and the smooth contours of the body allowed us to achieve a frontal aerodynamic drag coefficient of 0.28 Cx. 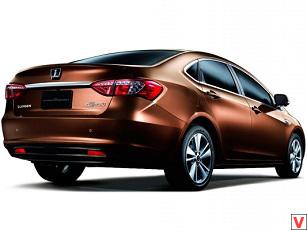 External dimensions of the body Luxgen 5 4650 mm in length, 1806 mm in width, 1489 mm in height, 2720 mm of wheelbase allow this sedan to be attributed to European-class cars D. Depending on the configuration level and the installed engine, the car rests on the ground with tires 205 / 60 R16 or 215/50 R17 on stylish alloy rims 16-17, the ground clearance (clearance) - 160 mm. Inside, the most attention is attracted to the dashboard with a rather interesting retrography - the submission of information about the speed occurs in digital form. While the tachometer still has an electronic scale, data from the on-board computer are fed in a “monochrome” form.

Directly above the dashboard there is a transparent projection plate that comes out of its socket when the ignition is turned on. The plate displays important data for the driver, such as speed, speed and data from the on-board computer. Even higher are the indicators of the ABS system and airbags. The center console is also interesting, it is located on the touch 9-inch display multimedia system THINK +. Seats on the front seats a lot, sit comfortably, there are numerous electric.

The second row can also please the amount of free space, people with long legs will be quite comfortable. The luggage compartment reaches 470 liters. The Luxgen 5 Sedan is available with two engine versions - 1.8 and 2.0 liters. The new 2.0 VVT Turbo engine develops 170 hp. power and 261 Nm of torque and works in tandem with a 6-speed automatic transmission of the Japanese Aisin form.

The gearbox is equipped with a Slip Control system that reduces friction and wear inside it, as well as reduces fuel consumption. Acceleration to 100 km / h takes only 8.4 seconds, and the maximum speed is 210 km / h. The engine capacity of 1.8 liters develops 150 hp and 232 Nm. Together with him, a 5-speed automatic transmission of the Korean firm Powertech works. According to the manufacturer, the dynamics are up to 100 km / h in 9.5 seconds, the maximum speed of about 210 km, fuel consumption from 6.5 liters on the highway to 10.8 liters in the city. 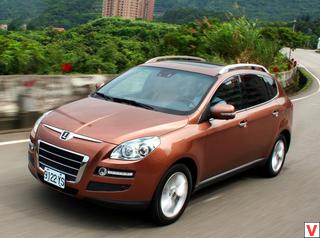 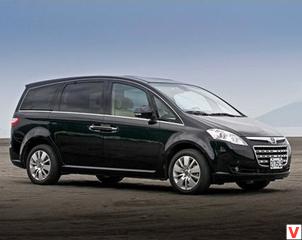