The debut of the Lexus RX 300 took place in 1999. Compact SUV was created on the platform of the model Toyota Camry. The car was primarily focused on the North American market. In Europe, appeared only in 2000, while in the United States sales for the two years of production amounted to 140,000 cars.

The first-generation Lexus RX 300 has a permanent four-wheel drive with a center differential blocked by viscous coupling and a gearbox - a 4-band “automatic”. Front and rear, McPherson suspension with anti-roll bars. Disc brakes, front - ventilated. 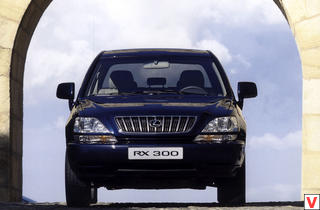 The first row seats have eight adjustments, as well as lateral support. The driver's seat moves by 17 mm. Options Sport differed black interior and inserts on the console under the aluminum. Over five years, more than half a million Lexus RXs of the first generation were sold. But it became obsolete, a worthy replacement was needed. The second-generation Lexus RX 300 increased in size and changed many details, but remained ideally close to its predecessor. 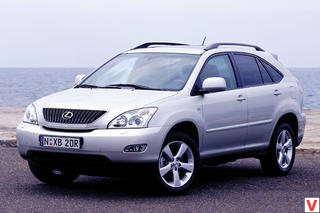 In the expensive performance of the owner are waiting for pneumatic elements with the ability to adjust ground clearance. In addition to “normal”, there are four more positions: minus 25 mm - for entry-exit, minus 15 - lower, minus 7.5 - “speed” after dialing 100 km / h and plus 30 mm - “off-road”. As well as adaptive headlights, sunroof, electric tailgate and audio system from «Mark Levinson».

The continuity of tradition is also seen in the design. Only lighting has changed quite a bit, taking a more intricate form. Compared with the first generation, the slope of the rear window has increased significantly, in the perimeter of which the upper spoiler and “transparent” lights blend in organically. Rear view is decorated with large LED lights. 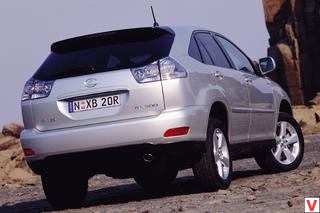 The interior of the RX 300 is stylish, high-quality and respectable. The composition of the front panel of the interior is enlivened by two vertical stripes “under aluminum” and the finish “under the tree”. The main devices are slightly “recessed” in the panel and illuminated with the ignition on. A large information display is displayed.

To operate the navigation electronics and trip computer, just touch the screen with the keys marked on it (touch-sensitive-display in all trim levels is offered as an option, the usual on-board monitor is included in the “standard”). Plastics are used only soft, carefully selected in color and texture. The driver's seat has five electric adjustments. The rear seats are individually adjusted for the backrest tilt and move back and forth. And if you fold them, you get a flat cargo area. A large sliding box appeared between the front seats: in the front of it there are containers for small items and bottle holders, and behind them are ventilating nozzles. 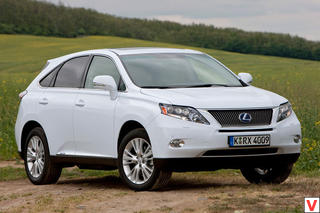 He pushed it forward - the third passenger had rear legroom. Tired to steer - pushed the box back and moved from the driver's seat to the next. The steering wheel is trimmed with leather and wood can be moved in two planes. In short, the interior of the cabin is fully consistent with the price and class of the car.

Under the hood is a six-cylinder V-twin engine with a capacity of 3 liters and a power of 204 hp. with VVT-i system. Fuel consumption is 12.2 liters per 100 km. The work of this powerful unit is almost inaudible due to the excellent sound insulation. 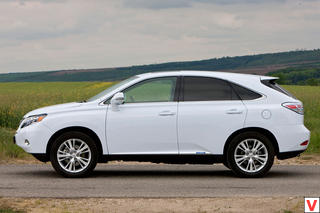 A five-step “automatic” with a possibility of manual switching works together with it. Now a few words about the dynamics and comfort of movement. The first thing to note is the outstanding smoothness. Thanks to the permanent all-wheel drive (with a free center differential and VSC system, braking the wheels), the car perfectly fulfills all the commands. High speed and far from perfect coverage do not knock Lexus off the course and almost do not require steering. Driving a car at high speeds is quiet and reliable. Powerful brakes with convenient drive help the automatic transmission and automatically activated engine braking. Frontal drag coefficient is record low for an SUV (Cx = 0.33).

This means low airspace and side wind sensitivity. The second-generation RX is the first Lexus, which was produced not only at home, but also abroad, in Canada. This generation has multiplied the success of its predecessor. 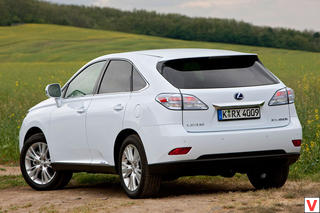 January 19, 2009 in Tokyo, the official presentation of the third-generation Lexus RX350 with a gasoline engine, and later appeared a hybrid version of the RX450h. The crossover has become a little bigger, but still offered only in the five-seater version. The silhouette of the car is still as recognizable as the models of previous generations.

Although the classic grille in the new interpretation is now right from the hood and merges into one with the front bumper. Add to this a rather aggressive expression in Asian slightly slanted headlights, sharply outlined wheel arches and powerful bends of the stern with attractive narrow taillights - and you have a new RX 350 in front of you. The hybrid RX450h can be distinguished from the usual crossover in a special blue bumper and grille blue.

Lexus logos and tinted (with a blue tint) headlights and taillights. In the list of options for this car 19-inch wheels and LED headlights. The increased volumes had a positive effect on the spaciousness of the passenger compartment and the handling, but the price for the strong proportions and improved safety was an increase in weight. The standard RX350 with a drive to the front axle has become almost 227 kg heavier than its predecessor, and all-wheel drive equipment - another 180 kg. In the hybrid RX450h, things are not much better: its front-wheel drive version gained 208 extra pounds, and the all-wheel drive model became even heavier by 201 kg.

The third generation RX differs from its predecessor in the radically redesigned interior with the original asymmetric front panel, the new climate control unit and radio tape recorder. Instead of three deep wells before the driver’s eyes, there is a single “board” of optical instruments, which, as before, light up only when the ignition is turned on. And in the list of equipment there is not only a projector that displays information (including music) on the windshield, but also the Remote Touch manipulator - a small joystick located next to the automatic transmission selector. It looks like a computer mouse with two keys on the sides.

By habitually pressing the buttons, you can move the cursor over the icons on the display and select the desired function. We should also note the excellent surround sound of the Mark Levinson Premium audio system with 15 speakers. In addition to the already familiar rear-view camera (information from which is displayed on the display located on the center console), the Lexus RX 350 also uses side-view cameras built into the side mirrors. These cameras continue to work with folded mirrors, when, for example, it is necessary to “leak” in narrow places.

As before, the car will be produced in two versions - with a traditional V6 gasoline engine (3.5 liters) with a capacity of 277 horsepower and with a hybrid power plant that uses the same engine and an additional electric motor driving the rear axle wheels. The engine develops 245 hp. at 6,000 revolutions per minute (it used to be 208 hp) and 317 Nm of torque (instead of the previous 287 Nm), and when electric motors are connected, the total power rises to 295 hp. The 288V Ni-MH batteries are located under the rear seats and accumulate energy from two or three motors, depending on the configuration of the drive (permanent full or front).

Lexus RX 450h received lightweight electric motors and a compact power management unit, which increased fuel economy by 8-12% compared to the RX 400h. A regular RX350 is equipped with a traditional six-speed automatic, and the RX450h with a hybrid installation has received a continuously variable variator. In addition, the hybrid machine has two new systems that save fuel. The first is a system for preserving heat from the engine, which reduces the warm-up time of a gasoline engine to its operating temperature with frequent stops. The second is a special exhaust gas recirculation system, due to which engineers managed to reduce engine pumping losses.

The chassis of the Lexus RX is completely new. McPherson racks remained only in front, and they were replaced by a multi-link suspension. Transmission has undergone much more serious reforms - if before the all-wheel drive on the RX was constant, with a distribution of torque in the ratio of 50:50, now everything has changed. Instead of a blocking visco coupling, an electromagnetic coupling appeared, connecting the rear axle only as needed, for example, when it slips or starts to accelerate sharply. But in any case, back is not more than half of the total torque.

Constant 50:50 can still be obtained, but only by pressing a special button, and even after 40 km / h the transmission will switch to normal operation. These possibilities are enough to get the car out of some minor snow or mud trap. As before, the third generation RX is produced in two factories - in Canada and Japan. In 2012, the model experienced a restyling. The exterior of the crossover was retouched in a single corporate style: now it has a new grille, resembling an hourglass shape, a new bumper and a new optics with ribbons of LEDs.

Optionally, it is possible to order a multimedia system separately for the driver and front passenger, as well as its own for the rear passengers. The screen of the multimedia center can simultaneously display several options of information, for example, an incoming call to a mobile phone, a climate control setting and a vehicle’s route map. The trunk is quite small. According to the manufacturer, its volume is 446 liters.

The reason for this is a full-size spare wheel under the luggage compartment floor, which has halved its volume. The updated Lexus RX is exclusively powered by gasoline engines. The power range starts with a 2.7 liter engine with 188 horsepower. It is put only on cars with front wheel drive. Fuel consumption when driving in the city is 13.3 liters and 7.7 liters per 100 kilometers on the highway. Continues the line of engines 3.5-liter unit capacity of 277 horsepower.

Individual words deserve a hybrid version. It is equipped with an internal combustion engine with a volume of 3.5 liters and electric motors. The total capacity of such an installation is 299 horsepower. All motors are paired with a six-speed automatic gearbox.

Versions RX350 and RX450h can please the customers with the optional F Sport package. The easiest way to distinguish the F Sport version from the “regular” RX is by a more sharply outlined, menacing-looking front bumper with additional air ducts and 19-inch Dark Graphite large wheels. The fodder of the F Sport is the same as that of the “standard” RX. The interior of the F Sport version also received some changes in sporty style.

Among which it is worth noting the sports steering wheel, on which the paddle shifters are located, with which you can change gears of a six-speed automatic, besides this, the steering wheel is studded with control buttons and the “F Sport” logo. In the cabin sports seats. Leather seats at F Sport - only black, with perforation and delay in gray thread. The back sofa is adjustable in longitudinal position and on the backrest tilt. The third rider on the gallery will be pleased with the almost complete absence of a bulging tunnel underfoot. The main technical change is as follows: the F Sport has got body vibration dampers connecting the front and rear side members in pairs.

This design is designed to reduce the lateral vibrations of the body. The basic version of the model is a front-wheel drive, but if you wish, you can also order the all-wheel drive version. The all-wheel drive is implemented by means of an electromagnetic clutch, which, at the command of the electronics, takes some of the torque to the rear axle. The clutch can also be forced to lock the button next to the box-armrest. The ground clearance of the car is 175 mm. 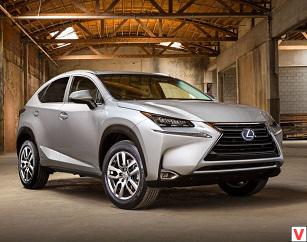 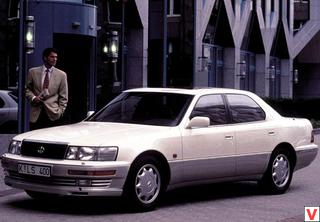 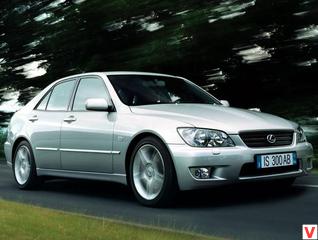 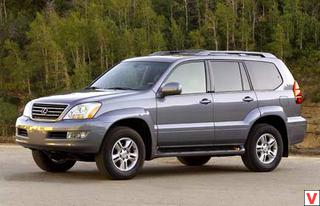 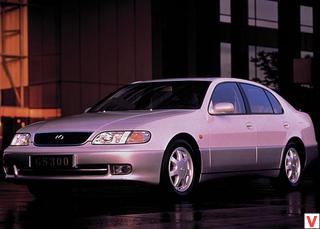 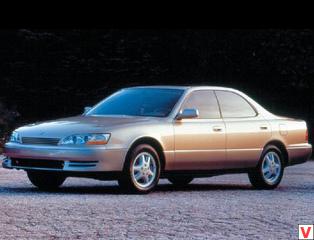