Hyundai ix35 - Hyundai Tucson successor. On its creation, the Korean manufacturer spent three years and 225 million dollars. The car was designed in Europe at the Hyundai Technology and Design Center in Rüsselsheim by an international team consisting of specialists from the USA, Europe and Korea.

It was possible to reduce costs through the use of the predecessor platform, which underwent a minor upgrade. The car has noticeably added in size compared to the Hyundai Tucson, thanks to which even 5 adults in the cabin will feel the same comfort in the trip. Dimensions ix35 in length more than Tucson by 85 mm (overall length 4410 mm), 20 mm wider (1820 mm), height decreased by 20 mm (1660 mm), and the wheelbase increased by 10 mm (up to 2640 mm). The size of the luggage compartment has increased - it has become deeper by 67 mm and wider by 110 mm. Innovations in the overall design of the car have affected the height of the trunk - it has become less than 80 mm. 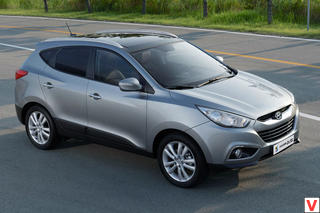 It is already impossible, as in Tucson, to open the rear window separately. According to the designers, the ix35 design is based on the concept of “flowing lines”. The sportiness of the image is underlined by graphic elements. First of all, it is a new six-sided grille, aggressive outlines of the lower air intake, embossed bends of the bonnet, front headlights, set on the wings, and the shape of the roof and body lines.

Hyundai ix35 turned out to be sporty, dynamic, powerful, but at the same time refined and light. Salon is made functional and elegant. The speedometer and tachometer are recessed into the wells. A large multimedia display touchscreen fits on the center console, and an audio control is placed on the four-spoke steering wheel. 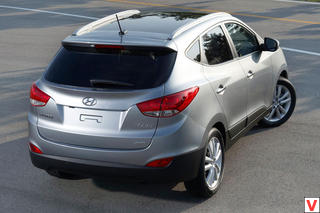 Complement the picture with high-quality finishing materials. Ergonomics salon at the highest level. All controls are very convenient and easy to use. By the way, the steering wheel is regulated not only by the angle of inclination, but also by the horizontal departure, which gives additional convenience to the driver. Behind quite a lot of space, and now the function of heating are not only the front but also the rear seats. At the same time in the front seats heating elements are built not only in the pillows, but also in the seat backs.

The interior is trimmed with leather in two colors. In Russia, the car is offered with three engine variants: a 2-liter 4-cylinder petrol engine with a power of 150 hp, as well as a diesel unit of the same capacity of 136 and 184 hp. depending on the degree of force. Motors are combined with a 5-speed manual and 6-speed automatic.

Two types of drive: front and full. In 2013, the Hyundai ix35 updated. The official premiere of the novelty took place at the Geneva Motor Show. The model was developed by specialists from the Hyundai research center in Rüsselsheim.

There are no cardinal changes in appearance, because the designers had the task only to refresh the already successful image. As evidenced by sales statistics - from March 2010 to March 2013, over 220 thousand ix35 were sold in Europe. In order not to yield to competitors and keep up with the latest global trends, the car market restyled version received retouched head optics (it is now bi-xenon, with daylight diodes), modified fog lamps, a slightly modified grille, slightly reworked taillights and bumpers.

A fin antenna appeared on the roof of the crossover, providing a signal for the radio and GPS device. The alloy rims were not ignored; they received a fresh design of the pattern. The overall dimensions of the body remained at the same level as the restyled model. Thanks to minimal interventions, the updated Hyundai ix35 retained the familiar proportions and outlines, but began to look more modern and stylish. Korean experts have focused on innovations in the cabin and the technical part of the ix35.

Basic equipment includes: connectors for USB and AUX, music control on the steering wheel, heated seats of the first and second rows, adjustable steering wheel height, electric heated mirrors, power windows for all side windows, air conditioning. With the increase in the cost of the crossover in the cabin there will be climate control, telescopic adjustment of the steering column, cruise control, rain and light sensors, heated steering wheel rim and rest area wipers, panoramic roof with sunroof, bi-xenon headlights and lots of other useful things. After restyling ix35 received equipment that was not there before.

For example, the system changes the degree of effort on the steering wheel Flex Steer. This system works in three modes: normal, comfortable and sporty. The trunk is capable of accommodating 591 liters of cargo in the presence of passengers in the rear seats and loading up to the level of a protective curtain. Folding the second row of seats, the luggage compartment increases to 1,436 liters.

The maximum dimensions of the luggage compartment are: 1700 mm in length to the backs of the front seats, 1200 mm in width and 730 mm in height. The updated ix35 boasts new, more modern technical characteristics of engines, gearboxes and suspension. Under the hood of the updated ix35 sold in Russia, three engines are installed. The first is the new 2.0-liter gasoline MPI Nu series (150 hp 191 Nm), in Europe this engine produces 166 horsepower.

He replaced the old two-liter engine series Theta-II with a capacity of 163 horsepower. The diesel line is a pair of upgraded 2.0-liter CRDi with a return of 136 hp. and 184 hp Diesel engines have a system recirculating exhaust gases during low pressure, thanks to this, heavy-fuel cars have become not only more economical, but also more environmentally friendly.

Replaced by 5 manual transmission came modern 6-speed manual, an alternative to it is 6 automatic transmissions. Petrol versions are equipped with front-wheel drive 2WD or plug-in full 4WD. Diesel is offered exclusively with all-wheel drive transmission 4WD and 6-speed "automatic". The suspension is fully independent with McPherson struts for the front wheels and a multi-link scheme for the rear, but the suspension is significantly upgraded.

The attachment points of the suspension arms have changed, as a result of which the shoulder of the front axle wheel has decreased, becoming even more negative, rubber bushings are used to fasten the subframe to the body (the vibration load has decreased and the cabin has become quieter). 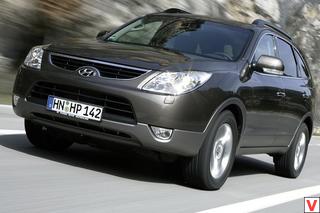 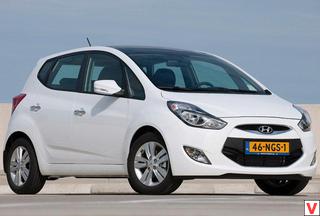 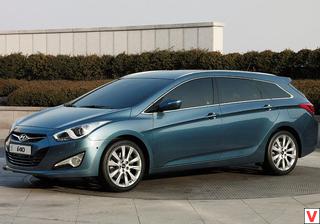 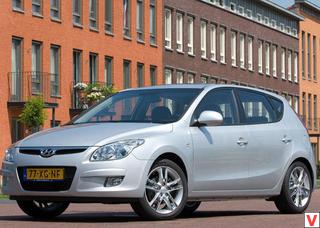 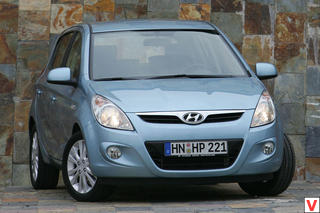 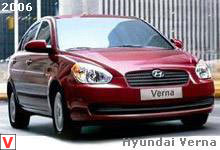 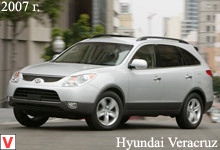