Debut Prelude took place in 1978. This car was equipped with an engine capacity of 1.6 liters. 80 hp Until 1983, the Prelude was produced on the basis of the Accord model. After thorough processing in 1983, the Prelude became an independent model. Prelude of the second generation had the following dimensions: length 4090 mm, 1635 mm width, 1290 mm height. It had a very low and wide profile. As an option offered leather interior. The hatch on some models was standard equipment.

The car received a lot of positive feedback to the management. In 1987, a presentation of the third generation Honda Prelude. The car is interesting, first of all, because it was him who began to install the control system for all four wheels (4WS). 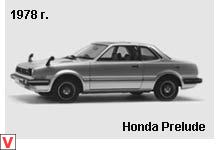 Honda Prelude next generation appeared in late 1996. It was 35 mm longer than the previous one, which contributed to a more comfortable accommodation of passengers, especially in the rear part of the cabin. However, external data is very unpresentable. Chopped forms, atypical headlights and Japanese minimalism in Europe did not understand. Although from a technical point of view, the Prelude of the fifth generation has a lot of advantages. Cunning cross-axle differential, power steering, changing characteristics depending on the speed, and most importantly - the letters VTEC on the valve cover. As a pledge of excellent fuel economy, excellent temperament and "honest" aspirated engines. 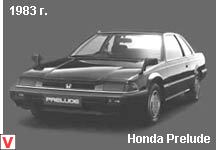 There were two of them. Basic 2.0-liter with 133 hp and the famous 2.2-liter. The latter was produced in two versions: VTI (185 hp) and VTI-S (200 hp). In this case, “S” differs in another engine control unit and a modified power supply system. Despite the "forcing", the engines have a high motor potential. The car was equipped with both mechanical and automatic transmissions.

All of them are quite reliable. The fifth Prelude, like the fourth, has a very good suspension with the 4WS system and the ability to install the ATTS active torque distribution system (it distributes the moment so that more thrust is transmitted to the busiest wheel). However, due to the relatively high price, this generation was not in great demand in the market. In the fall of 2000, it was decided to stop production of the Honda Prelude. Periodically, however, there are rumors that Honda is working to create the sixth generation Prelude, but so far they have not been confirmed by anything. 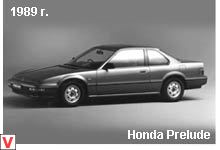