In the early 60s, Ford specialists set themselves the task of creating a convenient, versatile vehicle for the European market. From here there are a lot of various modifications of the base Transit: from the traditional truck with the rear axle to the front-wheel-drive delivery van with a reduced body floor. The original name of the car was “Little Red Riding Hood” (English “Redcap”), and only in 1965, before launching into production, did they give preference to the name Transit. Arguing this choice by the internationality of this name, which will be clear to buyers all over the world.

Since then, Transit vans have been used in various areas of human activity: they served as police and fire vehicles, acted as ambulance and school buses, and of course, transported a wide variety of goods. On the basis of Transit did special tanks and dump trucks. And by the order of one of the Arab sheikhs, Transit was turned into a mobile bedroom with a luxurious bed.

The first generation of these cars appeared in 1965. And under the hood they had a V-shaped four-cylinder gasoline engine. In 1978, the release of the second, highly modernized, generation began. New engines appeared, the look became more stringent (rectangular headlights, plastic grille). Transit third generation stood on the conveyor in 1986. It was produced in the form of several models, which differed in various lengths of bases and maximum loads. In the role of the main driving force was a 2.5-liter diesel engine with direct fuel injection.

In 1989, a 80 hp diesel engine appeared. as well as a 2.0 liter diesel with adjustable catalyst. In 1991, the model is upgraded. In 1994, there was a slight restyling: the oval lining replaced the grille of horizontal bars. A new generation appears in 2000.

The Transit family is becoming even more numerous: vans, buses and utility vehicles with two different base lengths (2835 and 3570 mm), flat, elevated (medium) or high roofs. The steering wheel is mounted almost horizontally, and the driver’s seat back is strictly vertical. An extensive range of adjustments allows you to find the optimal position for a person of any configuration. High landing provides the driver with excellent visibility, copes well with their work and rear-view mirrors. They are divided in half horizontally: the lower part of the mirror shows the area near the rear wheel, and the upper part - the sidewall of the body and the neighboring cars.

The salon is quite spacious. Note that the passengers' seats for eight, and for nine, and for the twelve-seater version are exactly the same. On the face of the fruits of unification. At the request of the customer Transit can be either front or rear wheel drive. Moreover, these versions have a minimum of differences from each other. 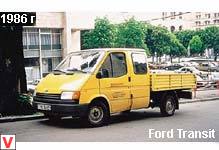 The secret is simple: the body itself is universal for both versions, as well as the brake and hydraulic systems. And the engine with attachments and suspension mounted on a special stretcher. Thus, replacing the entire subframe entirely, you can very quickly make a front-wheel drive Ford Transit rear-wheel drive. Based on the large commercial model Transit, Ford has created another “merchant” - Transit Connect.

He has an original appearance and a little less than his progenitor, although he borrowed many of his components and assemblies. Ford Transit Connect is available in several versions, built on a common platform, which differ in size and equipment of the cabin. The maximum capacity of the car in one of the modifications is 900 kilograms, and the van itself is equipped with one of two modern turbo diesel engines.

This model received the title "Van of the Year 2003". Literally right after the debut of the new generation in 2000, Ford presented an unusual Transit, prepared by the Ford Racing sports department with the WRC prefix. The power of the serial 2.4-liter turbodiesel was brought to 165 hp, thanks to which the Transit WRC could accelerate from a spot to “hundred” in just 7.9 seconds, and its maximum speed reached over 200 km / h.

The van had a powerful and reliable safety cage, carbon fiber sports seats with five-point seat belts. Ventilated front discs, 400 mm in diameter. For the Transit WRC there were two types of "rubber": 18 and 20-inch wheels. By 2001, the gamut of engines for the Transit included: 2.0-liter DuraTorq TD turbo diesel engines, which developed 55, 63 and 74 hp of power. Rear-wheel drive versions were completed with 2.4-liter turbodiesels, which, depending on the degree of forcing, gave out 90 or 125 hp. For lovers of fast driving in the engine range was reserved petrol 145-horsepower unit.

However, in 2002, Ford adds a 125-horsepower turbodiesel with direct fuel injection DuraTorq TDCi to the engine range. The development of this power unit cost Ford 500 mil. In 2001, Ford launches DuraShift EST. Inside the car there is no gearshift lever and clutch pedal. Their functions are performed by three keys located on the front panel just above the radio: “N” (neutral), “D” (drive) and “R” (reverse).

The selected program is displayed on a small LCD display. Several advanced control modes speak about the advancement of an automatic transmission: “economical”, “under load” and “winter mode”. But the most interesting thing is that the downshift and upshift buttons are located right on the spokes of the steering wheel.

2002 was the debut year of the Transit Jumbo and the 17-seater minivan version. Jumbo is the heaviest version of the Transit, with a total weight of 4.25 tons of all-metal wagon. The parameters of the cargo compartment in length - 4.107 meters, and in height - up to 1.885 m. The width of the side sliding door allows loading / unloading of Euro pallets. The useful volume of the cargo compartment reaches 14.25 m³. On board the Transit Jumbo can lift up to 2.12 tons of cargo.

History Ford Transit continues, the creators do not stand still, and follow the latest trends in the automotive market. So, wanting to please the most demanding customers, in the summer of 2003, Transit was given additional options. For example, the Security options package includes: an alarm, heated power mirrors, an unglazed partition between the driver’s cab and the cargo hold, and a parking sensor system.

Courier Safety Package provides the ability to order a built-in step on the rear bumper for delivery vans, which makes loading / unloading work easier and safer. And finally, the most complete package of Executive options includes: electric mirrors with heating, central locking, power windows, fog lights, a CD radio, tinted windows and a fast heated windshield. A high-level mark is confirmed by the appearance in 2003 of the Transit Connect model with a bit-fuel engine. The basis of this power unit based on a 1.8-liter Duratec.

The hinge gas equipment is carried out directly at the factory. The gas cylinder holds 59 liters of fuel and is located under the cargo compartment in place for the reserve. As a result, the spare wheel had to be moved inside the cargo compartment to the left rear arch. The use of gas fuel significantly reduces emissions of harmful substances into the atmosphere. In late 2003, a team of Ford engineers created Connect X-Press. In comparison with the usual Transit, the car is 70 mm lower, borrowed some elements of the suspension and running gear from the Focus.

Got 18-inch alloy wheels. For individualization of this model and selection from the total mass of various vans, on the side of the car in three colors is written X-Press. It is able to accelerate to 100 km / h in less than 7 seconds, and the maximum speed is 210 km / h. From the Focus RS, the minivan got a 215-horsepower 2-liter Duratec RS turbo engine, 5-speed transmission, Brembo brakes with 325 mm ventilated discs at the front and 280 mm solid at the back. Ahead of it is McPherson suspension, and behind it remains the classic Transit suspension.

The salon, of course, largely remained a typical Transit Connect salon, but now there are leather sports seats from Alcantara in black and white and a unique steering wheel specially made for X-Press, and the starter button on the center console is familiar to the owners. 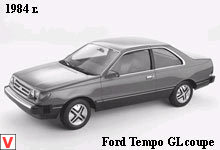 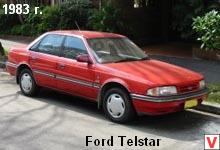 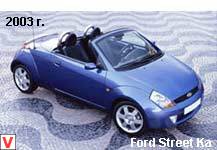 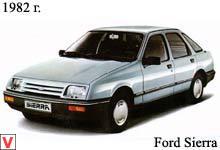