The Chevrolet S-10 is a compact pickup from Chevrolet, a division of General Motors. The first pickup from General Motors was released under the Isuzu KB brand, sold in 1972 as a Chevrolet SUV. In 1973, the Arab oil embargo forced GM to think about designing a compact pickup truck in its own country. When creating were used elements of the chassis from other models (mainly G-platform).

For the first time, the S-Series pickup was introduced in 1982 as a version of the GMC brand under the name S-15, and was later renamed GMC Sonoma. The GMC and Chevrolet models were identical except for the grille. The width of the car was similar to the old cars based on the H-platform. In 1983, two 2-door closed versions were introduced: the S-10 Blazer and the S-15 Jimmy. General Motors was the second (after the company Jeep), which presented similar pickups. In 1984, were released reinforced models with suspension designed for off-road. They were also equipped with a hydraulic clutch. 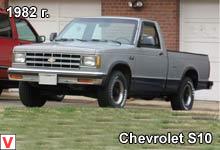 Also this year, the ABS system is installed on the car. In March 1990, 4-door models like the Oldsmobile Bravada were introduced. As mentioned earlier, in 1991, the GMC S-15 model was renamed GMC Sonoma. In the same year, the GMC Syclone model appears. In 1992, another engine for this series appeared - the V6 Vortec W with a volume of 4.3 liters, whose capacity was 178 hp. Also in 1992, the limited edition Sonoma GT was released. 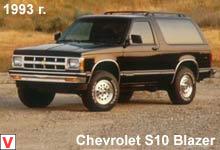 This pickup had a 4.3-liter V35 engine, which produced 195 hp. During the year, a total of 860 GMC Sonoma GT cars were produced. For the period from 1982 to 1993. The following transmission options were used: 4-speed 700r4 Turbo-Hydramatic; 4L60E 4-speed automatic transmission; 5-speed manual transmission Borg Warner T5. 1993 was the final year for the first generation of the S series pickups.

In 1994, the second generation of the S-10 pickups appeared. All special models (Syclone, Typhoon, and Sonoma GT) were discontinued by then. There were only two engines in the list used for the new generation in 1994: the Vortec 2200 I4 SFI with a volume of 2.2 liters and the Vortec 4300 CMFI V6 with a volume of 4.3 liters. A large number of elements used in the chassis were borrowed from the first generation. Now the S-10 began to be equipped with rear 8.5-inch differentials. 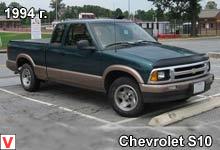 However, we note that for non-power vehicles such differentials were used only for models with a mechanical transmission and a V6 engine, and for all-wheel drive versions they were installed as standard with any of the proposed transmissions. And there were only three variants of transmissions: 4-speed automatic transmission 4L60E and two manual gearboxes NV3500 (for the V6 engine) and NV1500 (it was used since 1996 for the I4 engine). In 1994, an all-wheel drive version with an off-road option package, called the ZR2, was also released. Its features include: a higher landing, a reinforced suspension, gas shock absorbers and a Vortec 4300 V6 engine.

Unlike the first generation S-10, which used 14-inch rims, in the second generation, 15x 6.5 inches were used for non-wheel-drive versions, and 15x7-inch wheels for all-wheel drive. The Xtreme and ZQ8 models used 16-inch wheels. The ZQ8 and Xtreme models included options such as a lower fit (2 inches), enhanced anti-roll bars, an improved steering gear, and Decarbon or Bilstein gas shock absorbers. All of these options were also offered as a standalone upgrade package. In 1996, the Vortec 4300 CMFI V6 engine was replaced by its updated version of the Vortec 4300 CSFI with a volume of 4.3 liters. In 2001, a 4-door version of the Chevrolet S-10 Сrew Сab appeared with two rows of seats. 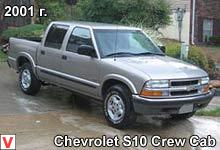 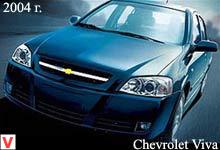 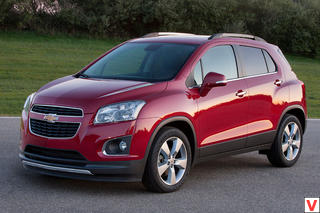 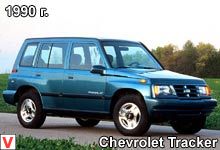 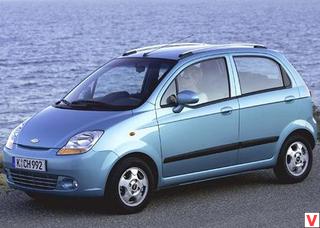