The Brilliance M1, which is also known as the Brilliance BS6 in the international market, and sold in China under the name Zhonghua Zunchi, is a luxury sedan that can be classified as a large family car, produced in the People's Republic of China by Brilliance (Huachen) located in Shenyang . This model is produced from 2004, to this day, but for a long time it was sold only in China. The first attempt to enter the European market was made by Brilliance in 2006. Several Brilliance M1 cars were imported to Belgium in 2006, but deliveries were suspended after the German Automobile Association (ADAC) conducted a crash test under the strict rules of EuroNCAP.

The Brilliance M1 model did not pass the test, receiving only 12 points out of 37 possible and one out of five possible stars for the safety of passengers sitting inside. The second star was simply crossed out, due to the fact that during a side impact (tested at a speed of 50 km / h), the limiting force on the chest and the stomach of the driver (at which he is still alive) was significantly overestimated. The deformations received by the car in a collision were so strong that they left almost no chance to survive the passengers of the car.

The manufacturers of Brilliance M1 took into account their mistakes and refined the model: they strengthened the roof, installed front and side airbags and seat belt pretensioners. A total of 65 changes were made, after which the car was tested again. This time the crash test took place in Spain, where all the same EuroNCAP requirements were used. The results were much better - the car received three stars out of five possible. Brilliance plans to further improve the quality of its cars imported into the European market. We now turn to the technical characteristics of the car. The car Brilliance M1 is designed on a platform that was borrowed from the company Mitsubishi.

Under the hood of the Brilliance M1 can be installed four-cylinder 16-valve Mitsubishi engine volume of 2.0 and 2.4 liters. The power of a 2-liter power unit is 129 hp, and a 2.4-liter engine produces 136 hp. It takes 11 seconds for the Brilliance M1 to accelerate from zero to 100 km / h. There are two transmission options for the car: a five-speed manual gearbox and a four-speed automatic transmission. The car has a wheelbase length of 2790 mm. As for the overall dimensions of the sedan, the length of the car is 4880 mm, width - 1800 mm, and height - 1450 mm.

In addition, the standard model Briliance M1 includes: electronic anti-lock braking system (ABS), disc front and rear brake mechanisms, airbags, fuel switch, which stops the supply of fuel to the engine in a collision, and much more. The car body is reinforced with steel beams. Comfort for the driver and passengers create ergonomic seats, adjustable in 8 positions and made of velor, climate control, CD-changer for 8 discs and speakers for 8 speakers. The exterior design of the M1 is unusual for a strict body silhouette with “chopped” headlights and a massive chrome grille. The design combines Eastern refinement and European rigor. The car looks stylish and impressive. 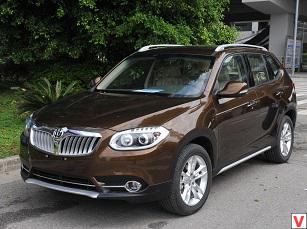 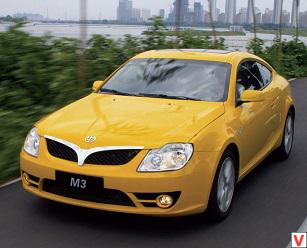 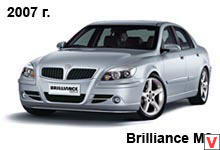 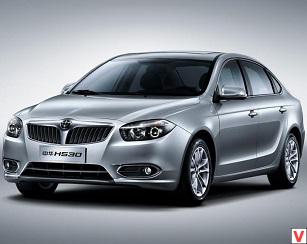 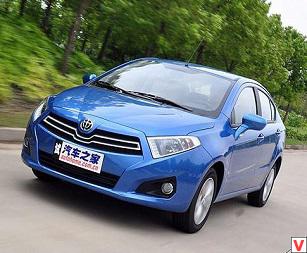 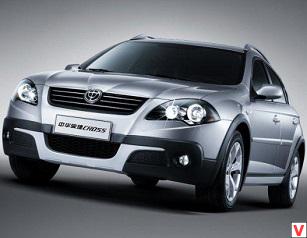