The BMW X6 (factory designation E71) is an all-wheel drive class E crossover. The concept, equipped with the ActiveHybrid hybrid powerplant, was introduced in 2007 at the Frankfurt Motor Show. The power unit of the concept was developed by the Bavarian concern in collaboration with DaimlerChrysler and General Motors, it consists of a gasoline engine and two high-performance electric motors. The car can only use electric motors, only the internal combustion engine or both sources at once. Completed the power plant dual-mode automatic transmission, which allows to adapt the work of engines under the movement at low or high speed.

The debut of the serial version took place in 2008 at the Detroit Auto Show. BMW X6 is a new type of body - a combination of an SUV and a coupe: the manufacturer calls it the Sports Activity Coupe. The X6 is the most sporty version of the BMW X Series. It is built on an elongated platform of the X5 model. 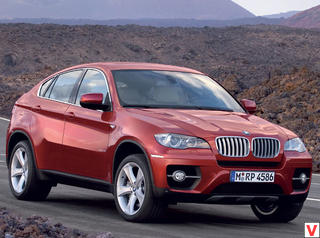 With wheels with a disc diameter up to 21 inches (212 mm) the ground clearance is only 50 mm less than the X5. The nasal part is dynamic and aggressive, the tail part is developed almost to the extreme height. Compared with the X6 concept, the production model has changed little, both externally and internally. However, some innovations are there. So, the side windows have changed, and the front part with its large air intakes and elegant fog lights has remained unchanged.

Based on the design of models of the X-series. Despite quite decent dimensions (4.88 m in length, 1.98 in width and 1.70 in height), due to the peculiarities of body design, in particular, due to a noticeably falling roofline, there is enough space on the second row seats only for two adult passengers. The interior is of a high standard. The salon (xDrive35i Basic) is equipped with automatic climate control and a 6.5-inch color border monitor, upholstered in Twill fabric and decorated with matte graphite decorative inserts. 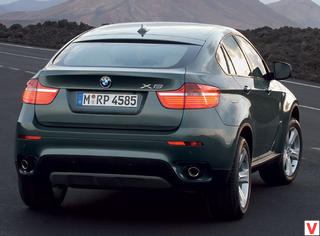 The front seats are crammed with electronics and controlled with a couple of keys, and the leather-covered sports steering wheel is endowed with automatic transmission switch “petals”, as well as keys for controlling important functions. With a full carriage for luggage remains 570-liter luggage compartment, which when folded seats increases to 1,450 liters. In the maximum configuration xDrive50i installed on the car 4.4-liter V8 with double turbo power and 407 hp at 5500 rpm Such an engine can accelerate the X6 to 100 km / h in 5.4 seconds, and the maximum speed is electronically limited to 250 km / h.

Options xDrive35i offers a V6 engine of 3.0 liters capacity of 306 hp at 5800 rpm Acceleration to 100 km / h is 6.7 seconds, and the maximum speed of 240 km / h. Average fuel consumption is 10.9 liters per 100 km. There is also a diesel version xDrive30d with a three-liter R6-unit with turbocharging and a Common-Rail direct injection system with a capacity of 235 hp. Acceleration to 100 km / h is carried out in 8.0 seconds, and the maximum speed is 210 km / h. Average consumption - 8.2 liters. on 100 km. The second diesel variant is the xDrive35d with a three-liter R6 unit, but already with a dual turbocharging system. 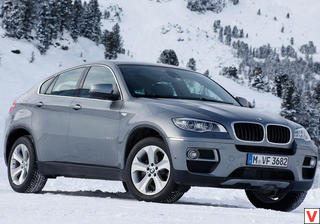 Here the engine power is 286 horsepower. Acceleration to the "weave" is carried out in 6.9 seconds, and the maximum speed is 236 km / h. Average consumption - 8.3 liters per 100 km. All power units are combined with a six-speed "automatic" and new systems that allow you to save fuel, in particular, with automatic energy recovery during braking. In general, this comfortable luxury car has a clearly sporty character.

Four wheel drive torque is transmitted through the "thinking" all-wheel drive system BMW xDrive, as well as through the automatic Dynamic Performance Control. They distribute power not only between the front and rear axles, but also between the right and left rear wheels, ensuring their optimum traction. As an option, X6 customers are offered a system that minimizes lateral tilting of the body, active control, bi-xesenon headlights with daylight function and “fog”, as well as automatic control of tire pressure.

Safety of the driver and passengers is ensured by three-point inertial seat belts in all places, active front head restraints, ISOFIX child seat mounting in the back seat, 6 airbags, including a tilt sensor, parking proximity alarm, high-pressure headlamp washers, heated sensors electrically adjustable exterior mirrors. Russian owners will appreciate the "winter package", also included in the standard car. Build BMW X6 is carried out in the United States at a factory in the city of Spartanburg. Despite the fact that BMW is the first to introduce such an SUV on the market, other automakers are also planning to manufacture coupe-crossovers, such as the Land Rover and its LRX concept.

In order to support the success of the X6 model, the Munichers carried out an intermediate model update. At the Geneva Motor Show 2012, a restyled BMW X6 was officially unveiled. To refresh the appearance of the manufacturer has modified the front. Serial fog lights placed as wide as possible outside and placed in a matte frame. Most of the changes relate to lighting. “Angel Eyes” now shines with white LED light. In addition, as an option, you can order a fully LED adaptive headlights. The taillights received new strips of LEDs, designed to unify the BMW X6 with the rest of the brand models.

Vertical elements of the radiator grille closer to the bottom have now become a fracture. The updated car also features a redesigned rim design. Serial restyled X6 is equipped with 19-inch wheels, which for a fee can be replaced by 20-inch. Exterior body paint widened in brown Marrakeschbraun, silver Orionsilber and blue Midnightblau. As for the interior decoration, everything is intact, customers will be offered only additional options for the color of the leather upholstery: brown Vermilionrot, new black and ivory Ivory White.

The base BMW X6 2013 is presented in the form of a four-seater car, but in the options there is a back three-seater sofa. Diesel versions of the BMW X6 received a complex of “detoxification” of technologies, thanks to which the car already meets the standards of Euro-6, which comes into force in 2014. In the line of power units, a new inline six-cylinder diesel unit, having 3 turbines and direct injection of Common Rail. It develops 381 hp. and 740 Nm of torque.

Cars with this engine will wear the X6 M 50d nameplate on the trunk lid. This designation is intended to take the car to a new direction in the model range of the Bavarian company called BMW M Perfomace Automobiles, within which a whole range of models will be offered in special specifications with an emphasis on sportiness. BMW M Perfomace cars will take up a position between the M GmbH sports cars and cars equipped with a factory M-package. 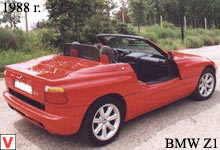 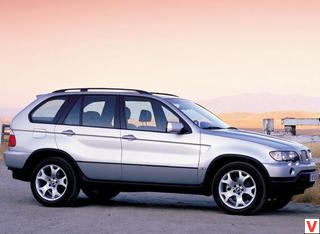 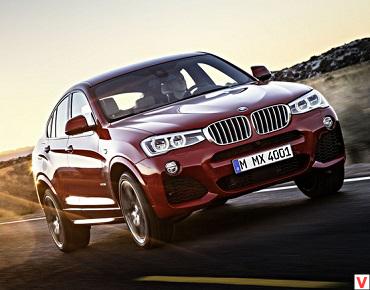 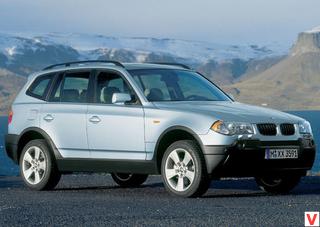 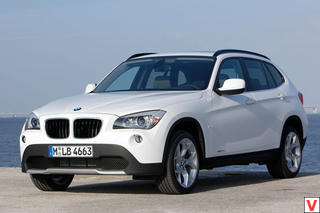 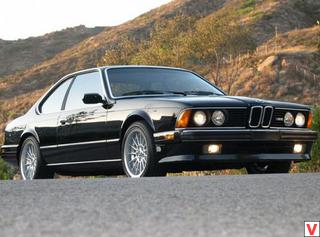