In 2002, the automotive world excited the debut of the Brera concept. The car caused admiration from the public and the press and received a number of prestigious awards. After a year and a half, the model went into a series, with almost no change in appearance.

Giorgetto Giugiaro himself (the owner of the Italdesign studio) worked on creating a stunning look. Brera is a new word in the sport coupe sector, where Alfa Romeo has always played a leading role. The body design is characterized by impeccable Italian elegance and unique style. 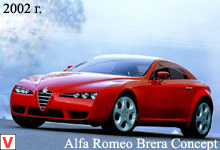 Compact body with a pointed front and tapering to the rear, corresponds to the classic design and design of Alfa Romeo. For example, the shape of the rear window echoes that which was familiar from the legendary coupe Giulietta Sprint. "Retro" motifs can be traced in the style of the front: the hood with a large brand grille recalls the traditions of the automotive industry of the 50s of the last century. The long nose, the aggressive front part, the bends of the body, thought out to the last millimeter, and the air intake, divided into three parts by inclined pylons, look sportyly energetic.

Six lanterns in narrow wedge-shaped headlamp slots add spectacularity. The overall dimensions of the model are impressive: the length is 4410 mm, width - 1830 mm, height - 1341 mm, and the wheelbase - 2528 mm. The interior conquers with uncompromising quality due to the use of expensive materials in the decoration, as well as high-class equipment. Salon Brera with a landing formula 2 + 2 distinguishes expensive plastic, aluminum and leather (red, black or blue). The feeling of space and lightness creates a panoramic glass roof. The driver-oriented center console is trimmed with cold aluminum, as are the steering wheel spokes. 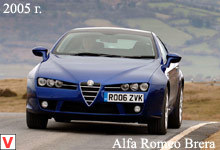 The steering column is adjustable both in height and on departure, the thick rim is sheathed with genuine leather. The same material trimmed the seat. They, by the way, have an exhaustive range of electrical adjustment. Chairs are comfortable, but without pronounced lateral support, so you can’t call them sports. In front of the driver are two round dials of the tachometer and speedometer, between which there is a small monitor. It displays the onboard computer readings, as well as some additional information. The fuel gauges, oil temperature and power unit, according to tradition, are recessed into deep wells in the center console.

Immediately below them is the screen of the audio system, and even lower below is the control unit for separate climate control. The center console smoothly flows into a decent-sized tunnel that separates the driver and passenger, which is found button central locking, alarm and shutdown stabilization system. And under the armrest there is a small compartment for small luggage. In a word, inside Brera reigns its own unique aura. The luggage compartment is impressive volume - 300 liters, which can be increased if necessary, and up to 610 liters, folding the rear seats. 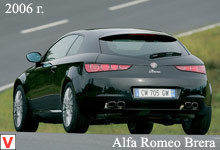 These engines are a real pleasure not only for their characteristics, but also for their “purebred” sound. The motors are equipped with the Twin Phaser proprietary variable valve timing system and timing chain drive, which guarantees durability and reliability in operation. Both Alfa Brera engines are paired with a 6-speed manual gearbox. 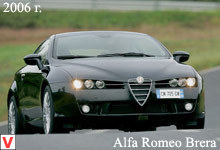 Brera equipped not only a unique all-wheel drive transmission Q4, but also two differentials. One in front, which is 35% blocked during acceleration, and when braking by 40%, and the second - interaxal type Torsen. Thus, in normal driving conditions, the power of the power unit is distributed between the front and rear axle in the ratio of 43:57, and in the case of a slip, this ratio may vary between 78:22 and 22:78. Brera is truly one of the most prominent representatives of the Alfa Romeo family, which translates into complete control over the road, a high level of safety and comfort. Worked on the Brera and the master of English tuning Autodelta.

The main task of the company's engineers was to improve the dynamic characteristics of the car. On my own, the name “J” is added to the name of each model in the Autodelta family as a tribute to the company's founder, Jano Djelalian. Brera after the dedication to the circle of selected models became known as Autodelta Brera J5 3.2 Compressore. As the name suggests, this is a coupe version with a 3.2-liter V6 under the hood. The main change in its design was the appearance of the supercharger. 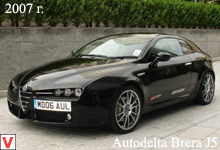 This device, developed by Rotrex, added another title to the title - Compressore. The Rotrex C30-94 is the most compact supercharger with high reliability and durability. As a result, the engine power increased by 88 hp - Up to 348 hp, and the maximum torque has grown even more significantly - up to 430 Nm. All-wheel drive transmission remained in place, but the suspension has been completely updated. It appeared sports shock absorbers from the line Autodelta Sport Line and shorter springs - for greater stability, both on the straight and in the corners. The coupe accelerates from zero to 100 km / h in 5.3 seconds.

The maximum speed is 260 km / h. The engine electronics was re-flashed by engineers so that the engine works in optimal conditions and is in harmony with the transmission. The stainless steel exhaust system from Ragazzon creates the optimal gas flow and ensures that the car does not lose its distinctive sound. Brakes have undergone some improvements to match the spirit of a high-speed sports car. And, of course, designers Autodelta did their best.

The look of the coupe was supplemented with a new front bumper to increase air flow, aerodynamic overlays at the back, and the standard wheel set was replaced with a combination of 19-inch OZ Racing Ultraleggera wheels and Dunlop SP Sport Maxx tires. 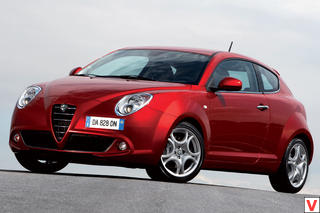 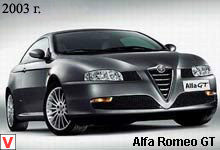 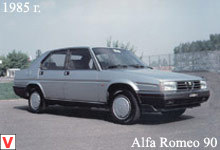 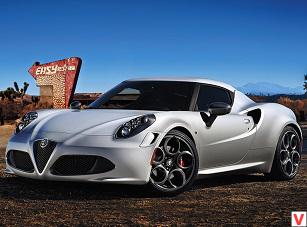